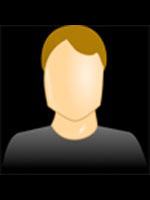 Mayfield’s web site has stirred up so many memories for me. My first visit to the school was to watch my elder sister, Audrey, perform in a stage play in 1949. I joined the school in 1952 and the girls were still there. I can recall the boys snowballing them over a small picket fence as they came in the main gates.

I got my first pair of long trousers when our class sang two songs at the Ilford Town Hall. I recall walking in pairs to the dining room across from the playground. On one occasion I was caught up in a stampede that broke the dining room doors off their hinges; we must have been hungry. I can also remember receiving a plimsoll across the backside, delivered by our art teacher because he’d seen me riding my bicycle at full speed behind the No. 62 bus from Goodmayes Station. Four students, including me, under the guidance of Mr. Walters built a sailing dinghy for a woodwork project. The photo of us with the boat was proudly shown outside the Headmaster’s office. I used to look at it while standing there waiting for my next punishment. I remember a prefect called Michael Green who was a keen gardener and very proud of the gardening club. I later joined the same London company he had, to serve a seven year apprenticeship.

I remember the time when the movie ‘Blackboard Jungle’ was showing at the Gaumont, Chadwell Heath. The film featured Bill Haley and his Comets playing ‘Rock Around The Clock’ and I think most of our class were involved in the teenage riot in the cinema. Following this drama, during a music class, we wanted rock ‘n’ roll so the teacher began to explain how it had started. Suddenly, he stood up at the piano and started playing some amazing boogie. The class responded by shouting and jiving in the isles. So, that was the end of that. It was all strangely similar to the movie.