The reunion, organised by Brian Mead and Chris Parkhurst, was held at the Connaught Hotel Bournemouth on Friday 12th April 2013. Chris, who had compiled a 1960s music quiz for the night said: ‘The first prize, an England rugby ball signed by Glynn Summers was won by Roy Tyzack. Other prizes included a 1966 England World Cup Winners postage stamp and a 1960s music compilation CD.’

Brian said: ‘Thanks to all those who turned up. It was a great evening of chat and reminiscence. It was particularly great to have two Teachers, Derek Trewin and Glyn Summers, present. Roy Tyzack said he will write a story for Mayfield Memories so we all look forward to that. Roy has also committed to organise the reunion next year, which will be the ‘Class of 1964’s 50th anniversary, when he expects to increase the number of participants.’

Attached is my report on the recent reunion. I have edited it down from an article that I have written for the local press which they should be publishing soon. – Roy Tyzack (9/5/2013)

REUNITED AFTER HALF A CENTURY

It was a memorable day for 5 former Mayfield Boys school pupils on Friday 12th April, 2013 when they met up with 2 of their teachers at a reunion in Dorset.

Roy Tyzack (66) a Retired Met. Police and Essex Police detective, joined Mayfield Boys school in Goodmayes Lane in 1958 and left in 1963 and on Friday he met up with Trevor Lewis (65) who, during their schooldays lived in Brian Road, Chadwell Heath a few hundred metres from Roy. Trevor is a retired National Sales Manager for a major office supplies company and now lives in Bournemouth, which is where the reunion was held.

Another Mayfield ‘old boy’, Chris Parkhurst (64), a retired Commercial artist now living in Sussex said of the gathering ‘It was really nice to catch up with old friends and to hear what they have been doing with their lives’.

The other former pupils present were Dave Baskerville (65), an engineer who has run his own business in Chadwell Heath for many years and now lives in Wickford and Brian Mead (65), who co-ordinated the get together, a retired senior manager at the Ford Motor Company, now living near Basildon. Brian said ‘Mayfield was an excellent school with first rate staff, I am proud to have been educated there and to have had the chance to personally thank some of my teachers from those by-gone days’.

Former Mayfield teacher, Derek Trewin (73) who specialised in Music tuition and still takes a very active interest in music, as the musical director for the ‘Barnstable Male Voice Choir’ and conducting  ‘The Military Wives’ choir said ‘It has been a great pleasure meeting some of my old pupils and former colleague. I thoroughly enjoyed my time at Mayfield. He retired from full time teaching as head of a West country school and now lives near the sea in North Devon.

Mr. Trewin said ‘I remember my first day at Mayfield very clearly. I was met by one of the other teachers who asked my if I was a member of the union. When I said ‘no’ he asked me to fill in and sign a membership form. I was a bit apprehensive as I was not well off and asked how much the membership was. ‘Don’t worry, it’s free’ he told me so I signed up. He then said ‘Congratulations, you are now a member of the NASUWT’. He then added ‘I’ll take you up to meet the Head and you can tell him that you want next Tuesday off’  I asked him why I wanted next Tuesday off and he replied ‘We’re going on strike’.

The other former teacher to attend the reunion was English and sports teacher Glyn Summers (81). Welshman Glyn spent 7 years at Mayfield during the 1960’s and retired from teaching in 1991 as Head of Chepstow Comprehensive School. Glyn said ‘It was a real pleasure to teach at Mayfield, I had some very bright pupils and the Head at that time, Charlie Hicks, was the best that I have ever worked under.

Roy Tyzack said ‘I had not seen Glyn, Derek or any of the former pupils for 50 years but within 5 minutes of meeting up it was as if we had never been apart. Glyn had a big influence on me during my time at Mayfield and there were some great memories and loads of stories from the old days.’  He added ‘We had a 60’s music quiz and a few beers and the evening just flew by, just as the last 50 years seem to have done. So many of my old Mayfield friends have gone on to do great things, one is a Professor of  Economics in Australia and another is a Professor in Nuclear Physics, not bad for boys who failed their 11 plus exams.’

Mr. Tyzack has a long association with the borough of Redbridge, having served at the old Ilford Police station on Ilford Hill and been the president of the former Rotary club of Ilford 3 times. After retiring from ‘The Met’ he lived and ran a Private Investigation company in Seven Kings before moving to his current home in Navestock, near Brentwood and joining the Essex Police Major Investigation Team.

It is proposed that another, much larger reunion be held next year in the Ilford area and Roy would like any Mayfield boys who left the school in 1962 – 1964 and particularly any former Mayfield teachers from that era to get in touch so that he can begin a database of interested parties. Click HERE to contact Roy. 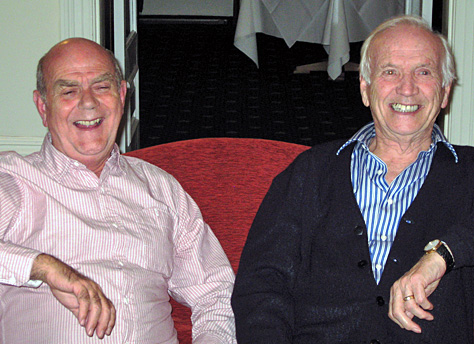 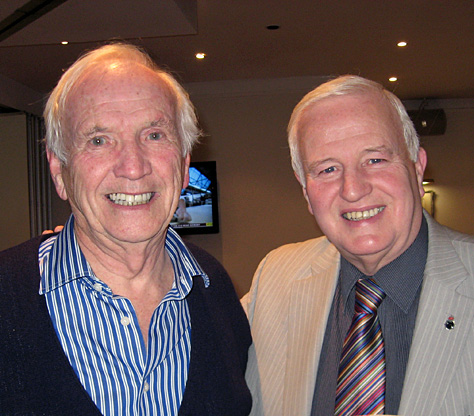